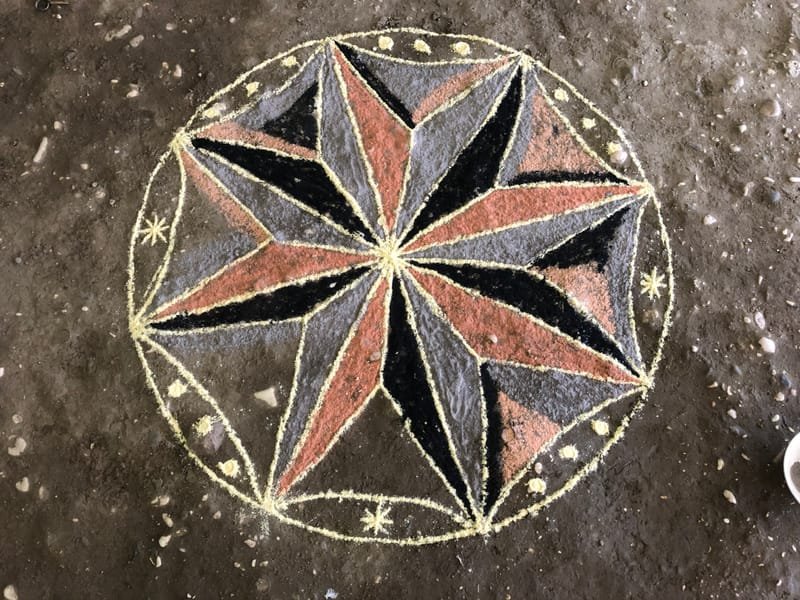 That Which Unites Us 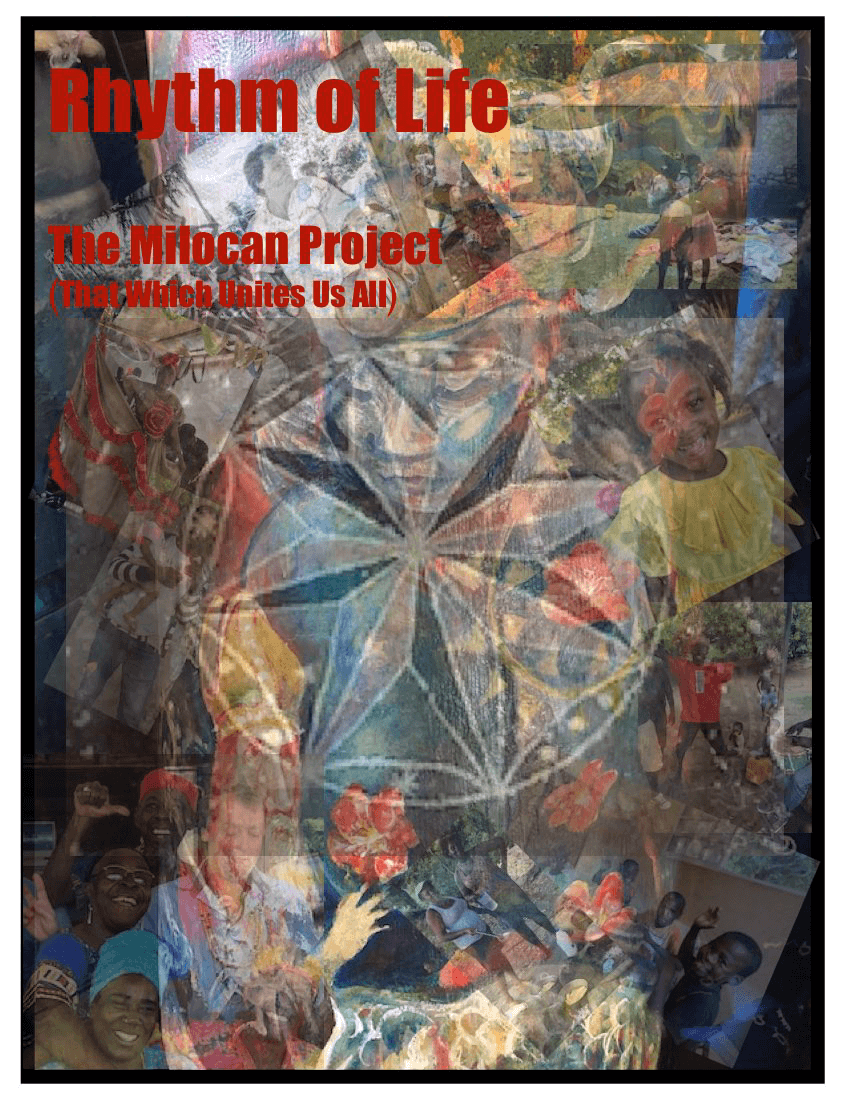 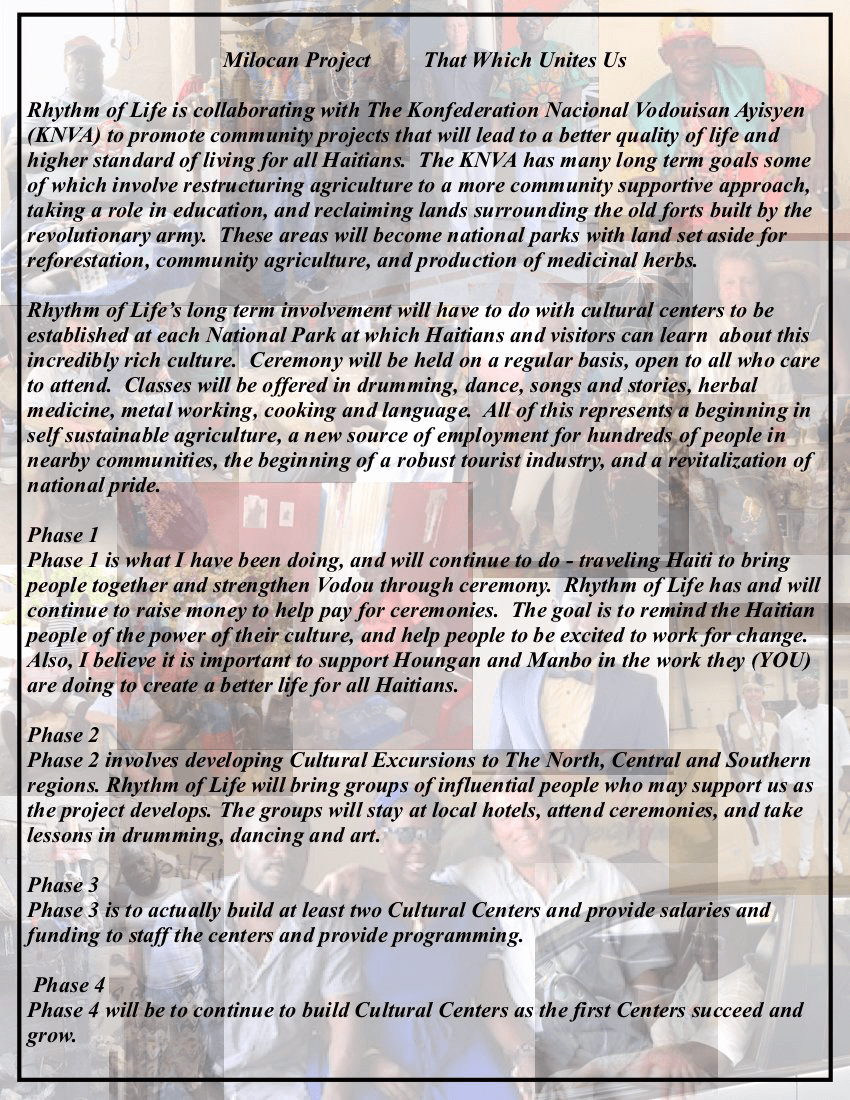 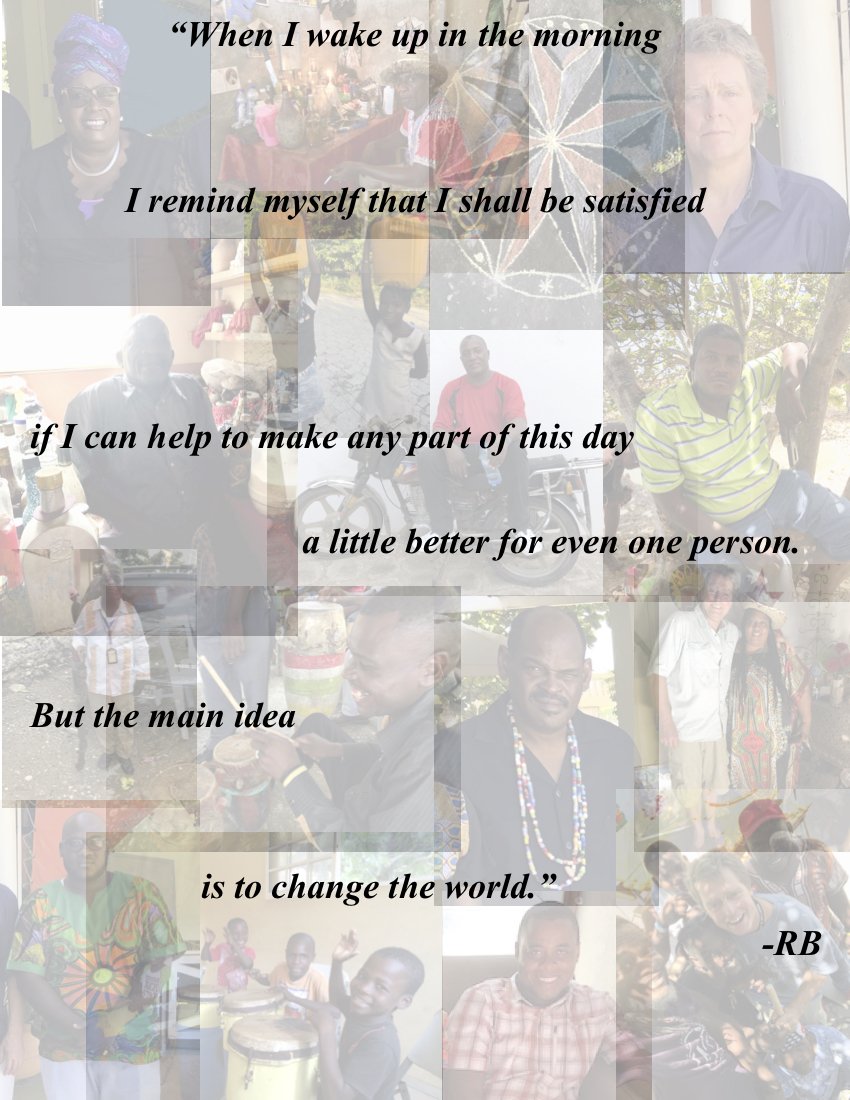 Milocan is a Lwa, one of the many Vodou deities that are associated with nearly every aspect of human existence.  Danballah Wedo represents healing, Ogou embodies the qualities of iron -strength and flexibility - that are necessary to meet the challenges of any given day, Ezilli Dantó, protects the children.

Milocan is the Lwa that brings all the other Lwa together.  A force of unity.

Rhythm of Life is collaborating with The Konfederation Nacional Vodouisan Ayisyen (KNVA) to promote community projects that will lead to a better quality of life and higher standard of living for all Haitians.  The KNVA has many long term goals some of which involve restructuring agriculture to a more community supportive approach, restructuring education to better reflect traditional Haitian values, and reclaiming lands surrounding the old forts built by the revolutionary army.  These areas will become national parks with land set aside for reforestation, community agriculture, and production of medicinal herbs.

Rhythm of Life’s long term involvement will have to do with cultural centers to be established at each National Park at which Haitians and visitors can learn  about this incredibly rich culture.  Ceremony will be held on a regular basis, open to all who care to attend.  Classes will be offered in drumming, dance, songs and stories, herbal medicine, cooking and language.  All of this represents a beginning in self sustainable agriculture, a new source of employment for hundreds of people in nearby communities, and a revitalization of national pride.

In the meantime, Rhythm of Life is  currently busy supporting ceremony all across the country, and helping to revive the tradition of Combit (ceremony having to do with community agriculture).  Due to the extremely difficult economic situation, many communities struggle to gather for ceremony for the simple fact they can’t afford to.  I travel the country to drum for ceremony and bring communities together.  Representatives of the KNVA travel with me to deliver their message of hope and commitment, and to encourage communities across Haiti to work together in realizing the goals they have set for a sustainable future. 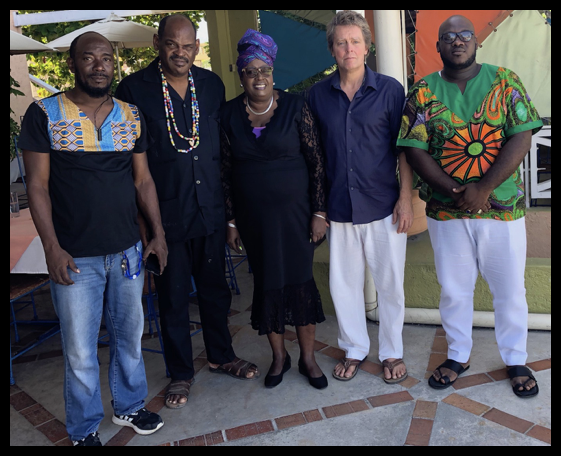 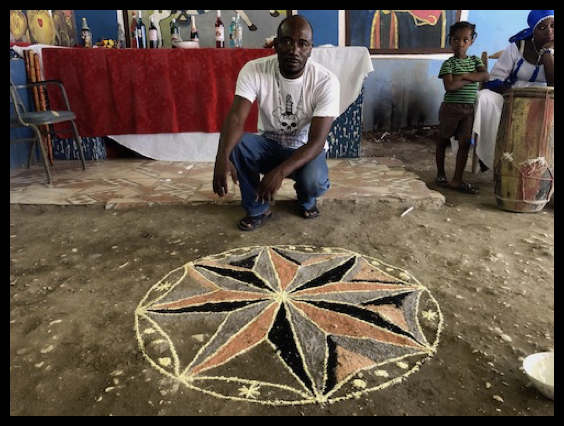 Victor Boniface, Gwétó De Ouest Department, July 2019 with a Veve he has drawn for Milocan, the Lwa who brings all Lwa together. Victor traveled extensively with me in June and July, and again in October and November, arranging meetings with influential Vodou clergy and drummers. He is one of the most important members of The Project Milocan team. 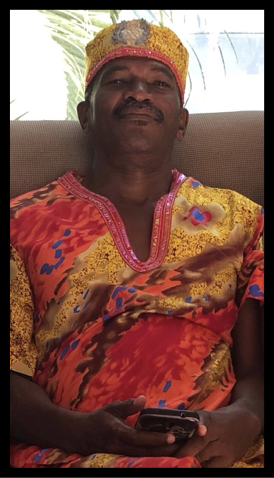 Nerat Ilderice, Gwétó De Sud Department.  Nerat helped plan the national tour in July and put us in touch with dozens of valuable contacts.  He is an extremely important part of The Milocan Project team. 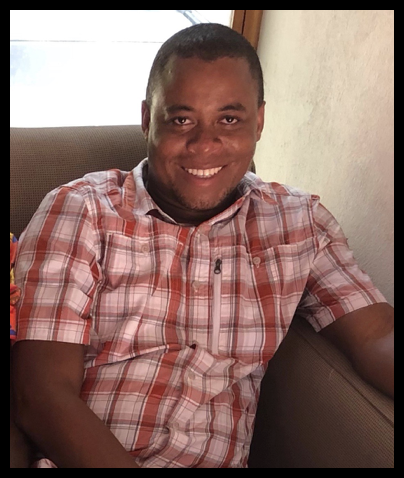 Jean Samuel Altema, business manager-Haiti, and interpreter extraordinaire.  Sam is instrumental in assisting with advance planning, on the ground coordination, and communication.  We couldn’t do it without him. 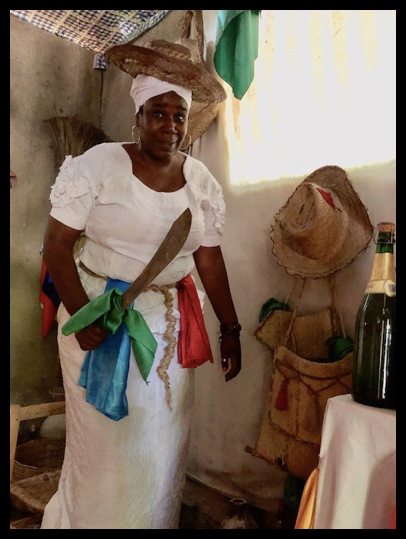 Manbo Louise Anna “Aida” Philippe in her Hounfo wielding a machete! The machete is the symbol of Ogou, the Lwa of iron.  Strong and flexible, Ogou resides in our hearts to guide us through the challenges of each day.  Manbo Aida is the leader of Fami Dawo and  initiated me into the congregation during Fete Gede in November.  She is helping coordinate our first cultural excursion to the north of Haiti in February, 2020.  As you might guess from her expression, Vodou has a playful side.  Ceremony is intense but joyful. Master Drummer and Houngan Aristile “Doudou” Sonnelle in his Hounfo in Lanfigee, Isle a Vache.  Doudou and I play often and we are working to understand regional differences and sometimes puzzling contradictions in drumming styles represented in every corner of Haiti. 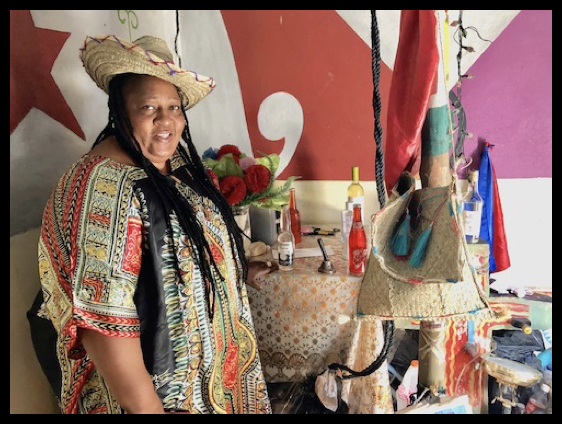 Manbo Marie Founa Pierre in her Hounfo in Tomond, Sent Department, July 2019.  Manbo Founa serves Bwav Gede and I played ceremony for her several times during Fete Gede at huge sometimes all night ceremonies.  The Gede are a family group of Lwa who are the guardians of the threshold between life and death.  Fete Gede is like Christmas, Mardi Gras, and Day of the Dead all at once! 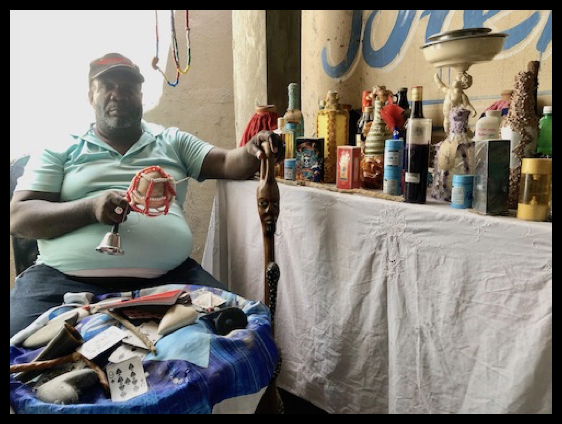 Houngan Felix Michelet in his Hounfo in Podpe.  He is holding the ritual Ason and Staff.  Felix uses cards to aid in divination of information from the spirit realm.  He layed cards for me, picked up the four of spades, and said “Ah… you have four children.  Are you sure you’re not black?”

He’s right about the kids; pretty sure I’m white…. 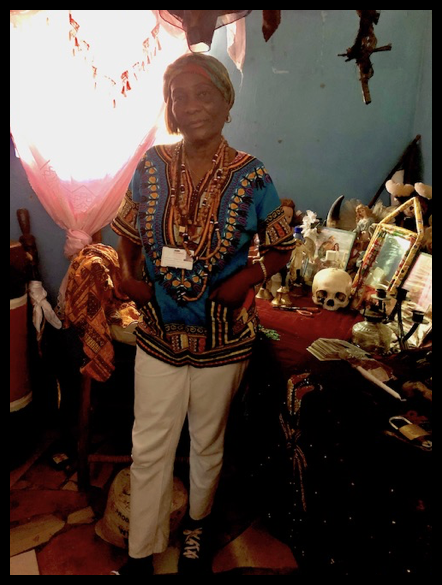 Manbo Monique Legoute, in her Hounfo in Okay.  Her Peristyle is particularly popular with the local LGBTQ population. 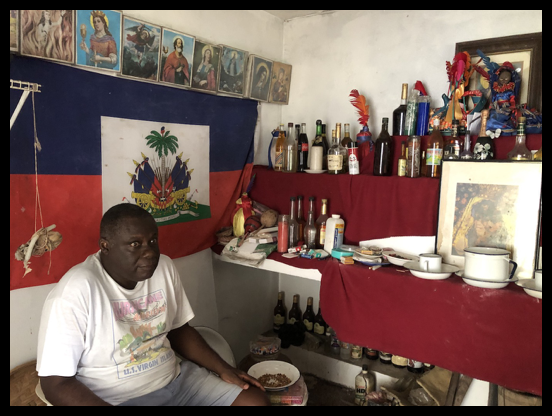 Houngan Gabriele St Surin in his Hounfo in Cap Haitien.  Gabriele has three Hounfo, one for Rada Lwa, one for Petwo Lwa and one for the Gedes.  He also owns a beautiful hotel on the north coast of Haiti just outside Cap Haitien. 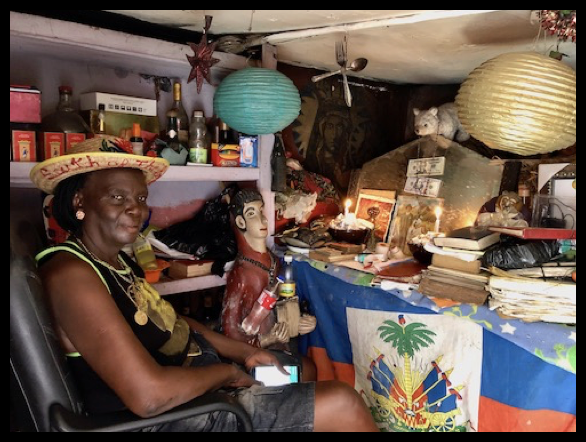 Manbo Marie Yolande Vital in her Hounfo in Kan Peren.  Manbo Yolande serves Bosou, and during a consultation Bosou took a burning cigarette from his mouth, rolled it between his hands in a bucket of blessed water, and came up with a $100 bill.  Yolande is a woman, but Bosou has male characteristics, so when he is in possession, or “Riding” Manbo Yolande, she is referred to as “he”. 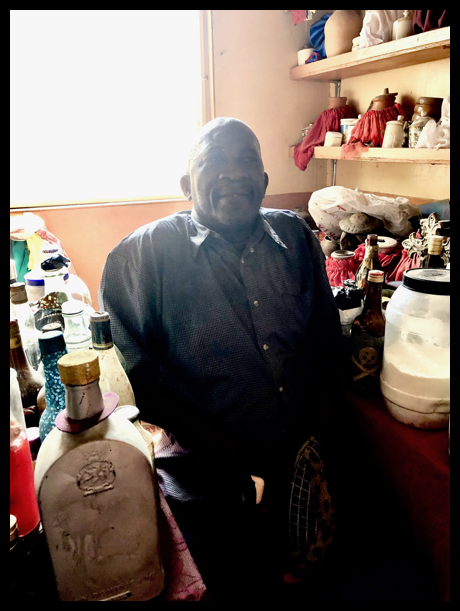 Houngan Smerth Andre in his Hounfo in Port au Prince.  Andre runs an orphanage in his Peristyle compound caring for about 40 children.  Many of the Houngan and Manbo I work with also run orphanages and are responsible for providing food, clothing, and education.  Andre officiated the Rosman ceremony in Miami where I was promoted to Gwétó/Ambassador in November, 2019. 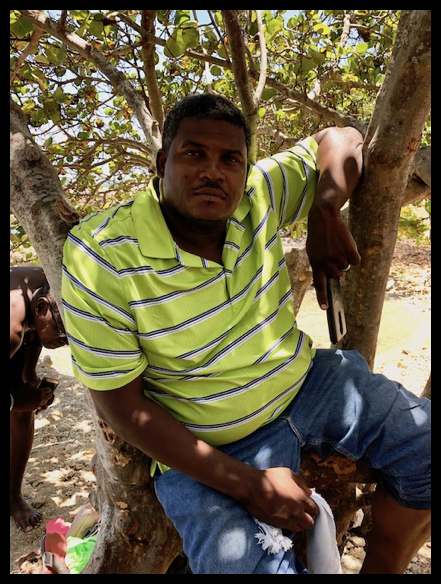 Houngan Wilfred Antoine in a tree outside his Peristyle (Vodou temple) in Jacmel. 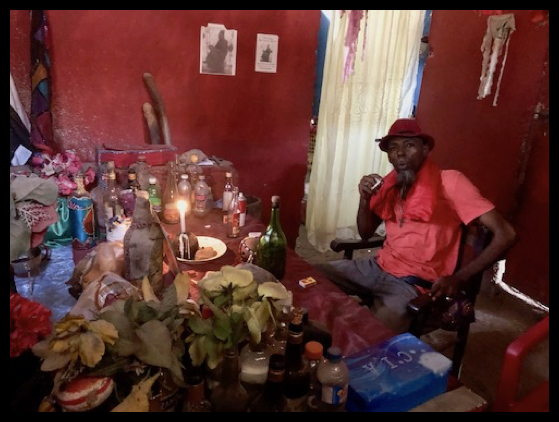 Houngan Alain Degrange in his Hounfo in Tigwav.  An Ason is visible behind the large green bottle and two Staffs rest at the far end of his table.  His table also holds a collection of herbal remedies he prepares and keeps on  hand for those in need. 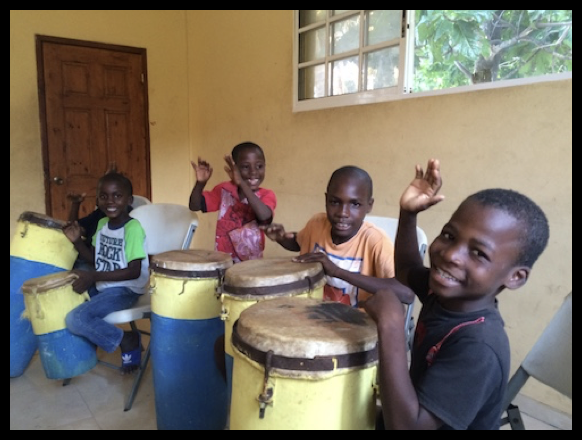 Some rowdy members of one of my youth ensembles.  Rhythm of Life is taking an active roll in teaching Haitian children about their culture and heritage through drumming.  We have several ensembles that continue to practice when I’m not there, but lack a qualified instructor.  I’m working on getting Doudou down from the hills to work with the kids.  I’m especially interested in teaching girls and young women.  Though not pictured there are several girls who play well, and they need to be encouraged.  I have not met any female drummers in my travels yet, though many women play Ogan - a piece of iron that plays the pulse of the rhythm. 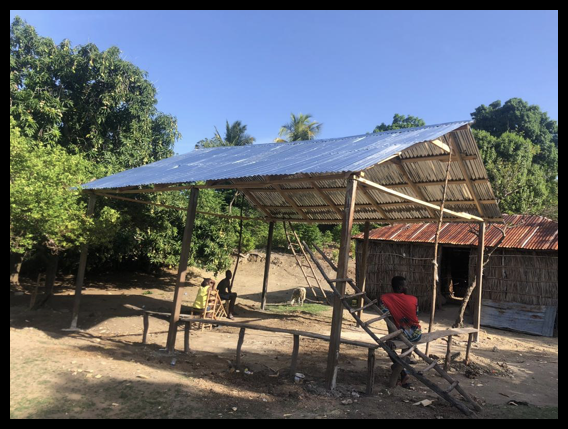 The new Peristyle at Lanfiggee, under construction.  Rhythm of Life and Bat Tanbou raised the funds necessary to rebuild the Peristyle for Doudous congregation. The original Peristyle was lost in Hurricane Matthew.  Many, many homes have not been rebuilt or lack a roof.  People just don’t have the means to make repairs.  I know a lot of families who live spread out in the homes of relatives and friends.  They don’t know how much longer they’ll have to do this. 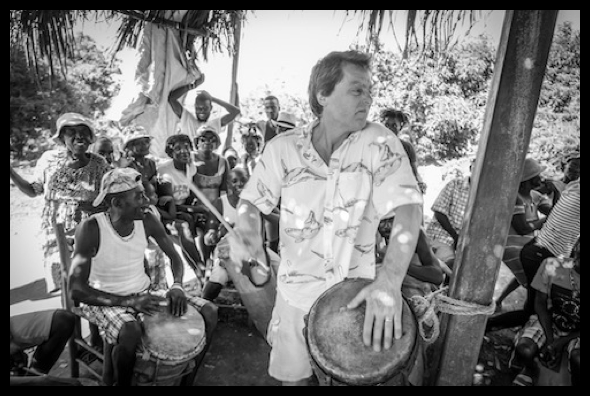 That’s me playing Mamán, lead drum, at ceremony, January 2019, Lanfiggee, Isle a Vache. I’m not angry, it’s been a long, long ceremony!  This one lasted about seven hours, the Lwa had arrived and were sticking around! 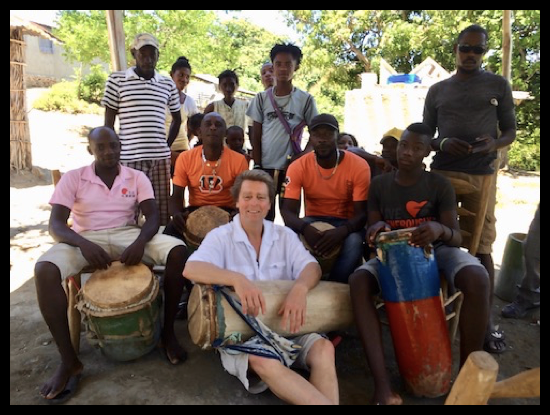 With Doudou and his troop in Lanfigee, April 2019.  Doudou and his congregation lost their Peristile in Hurricane Matthew and have been without a roof for years.  After my trip in January Rhythm of Life raised money here on Martha’s Vineyard to rebuild it for them.  When I arrived in April, it was complete and they were filled with awe and joy.  The Peristile serves about 200 people in the area. 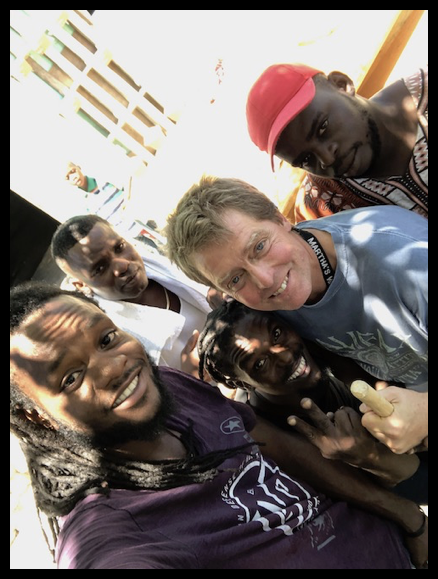 Me with a troop of drummers in Portoprens, July 2019.  We’ve just finished a six hour ceremony, been doused with rum and peppered with blazing gunpowder!  All part of the joy of the event.